London's Derrie: The Background to Building and Finance connected with the Londonderry Plantation

You are invited to a lunchtime lecture given by historian and author Professor James Stevens Curl on the historical background and unique story behind the financing of the early Londonderry plantation.

In September 2017 Professor Curl was awarded the highly prestigious President's Medal by the British Academy for his contribution to the study of the History of Architecture in Britain and Ireland.

Professor Curl is also a life member of the Ulster Genealogical and Historical Guild (the Guild) and to celebrate this achievement the Foundation will host a special lecture by Professor Curl to be held on Thursday, 18 January 2018.

Guild members and non-members are welcome to join us at this event to celebrate Professor Curl's major award.

Irish history, unfortunately, tends to be bedevilled by cherished beliefs rather than informed by dispassionate examinations of facts. Professor Stevens Curl, in an illustrated lecture, spiced with various asides, will look at the history of the City of London’s involvement in Ulster from the reign of King James VI and I, setting it firmly within its European context, and demonstrating that the Londonderry Plantation was of far more than local interest, having ramifications far beyond these shores that are rarely aired or understood. Nothing here occurred in a vacuum, for events were always part of a much wider series of historical upheavals, almost invariably closely connected with uproar on the European Continent, especially power-struggles.

Demanding factual understanding, and basing his remarks on thoroughly researched scholarship, the lecturer reveals much that will surprise, entertain, stimulate, and provide material on which to ponder. He will also look at aspects of the financing of the project, the treatment of the City by the Crown, and the resulting seismic events that led to the loss of a monarch’s head, with subsequent political upheavals that saw the end of Absolute Monarchy. That the Plantation played a huge part in those events will be described with the speaker’s customary ebullience, backed by thorough research carried out over many years. 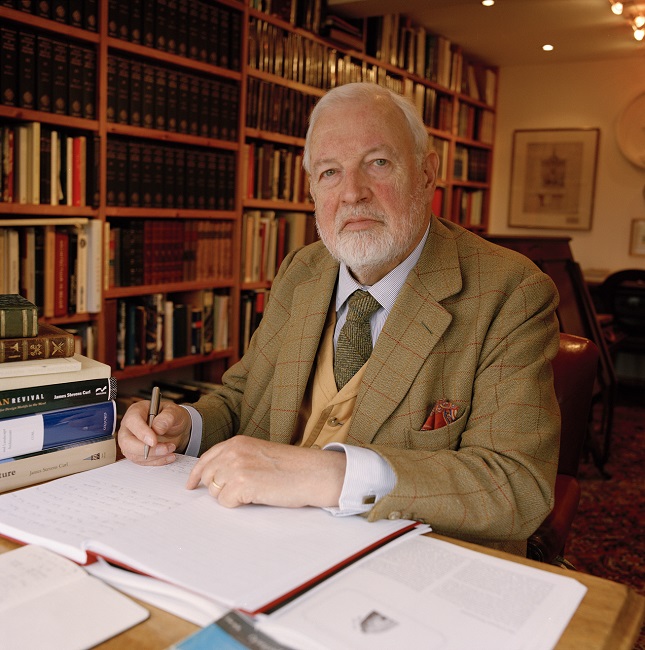 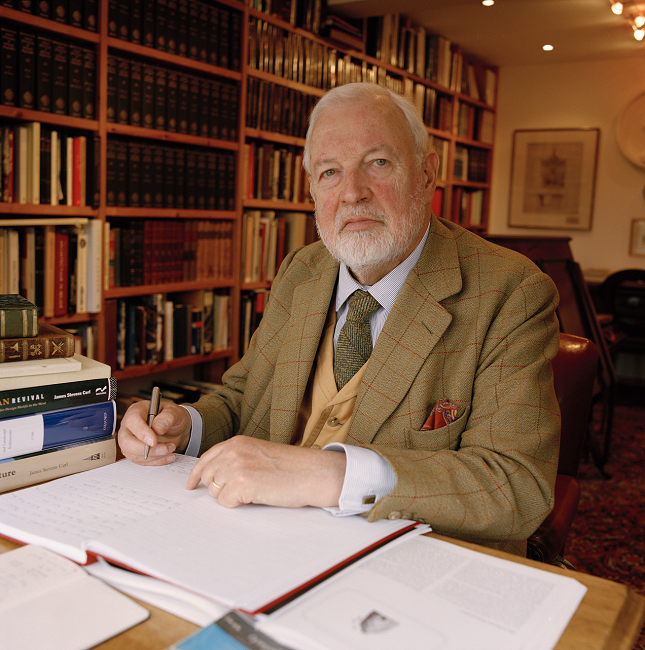 Professor James Stevens Curl is a leading architectural historian. He was twice Visiting Fellow at Peterhouse, University of Cambridge, and is a Member of the Royal Irish Academy, a Fellow of the Societies of Antiquaries of London and of Scotland, and a Fellow of the Royal Incorporation of Architects in Scotland. In 2014 De Montfort University Leicester conferred on him an Honorary Doctorate of Arts in recognition of his ‘distinctive contribution to the study of architectural history’ and his ‘outstanding contribution to the intellectual and cultural life of the nation and region’, and in 2017 he was awarded the British Academy President’s Medal for ‘outstanding service to the cause of the humanities’, recognising his contribution to the wider study of the History of Architecture in Britain and Ireland.

Critics have noted his international reputation for scholarship, thoroughness of research, and lucidity of style. His many publications include studies of Classical, Georgian, and Victorian architecture (not least The Victorian Celebration of Death [1972; 2000; 2004; ebook, 2015]). His Oxford Dictionary of Architecture (with contributions on landscape from Susan Wilson) was published by Oxford University Press in 2015 (paperback in 2016), and hailed as ‘the finest in existence’, deserving of the ‘highest praise’.

Details of Professor Stevens Curl’s other publications may be found on his website: www.jamesstevenscurl.com

A light lunch will be served after the lecture.

Note: For this event entry to the venue will be via 31 Gordon Street (not Victoria Street). Gordon Street is located at the right hand side of the building.

How to register for the event

This event is free of charge to members of the Foundation's Ulster Genealogical and Historical Guild (the Guild). But members should register in advance as space is limited. To register, complete the form at the bottom of the page.

The registration form will ask for your name, Guild membership number and email address. Members can also register by calling the office on 028 9066 1988 or emailing: enquiry@uhf.org.uk

Non-members can attend this lecture for just £5.00. Registrations made via Eventbrite will attract an additional charge of £1.84 comprising an administrative fee and VAT, giving a total amount of £6.84.

Alternatively you can contact the Foundation on 028 9066 1988 to make payment or you can also pay at the door on the day of the lecture. Space at the venue is limited and walk-ins will be accepted on a first come first served basis.

This lecture will also be live streamed. Be sure to check this page closer to the time for a link to view online