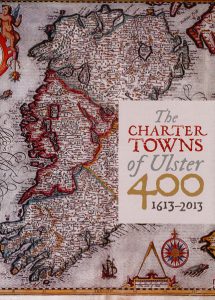 The Charter Towns of Ulster 400, 1613-2013 is an attractive fold out pocket history. The format is similar to that of our Plantation of Ulster Maps.

It can be purchased here: https://www.booksireland.org.uk/store/all-departments/charter-towns-ulster-1613-2013