A resident and responsible élite 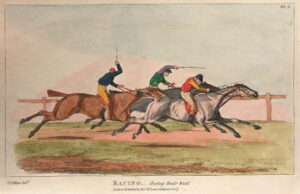 This is a study of the gentry of Co. Down, defined in the old-fashioned way of ‘titled and untitled aristocracy’, viewed through the prism of the Maxwell, later Waring Maxwell, later still Perceval-Maxwell, family of Finnebrogue, Downpatrick. The Maxwells have been chosen for this purpose because they were on the whole resident and responsible, because they never did anything outstanding or outlandish and therefore are fairly typical of their class, and because they are represented by a huge and largely untapped archive in the Public Record Office of Northern Ireland.

Probably their major achievement was the building of Finnebrogue, early 1660s to the early 1670s. Finnebrogue is an H-plan, ‘Protectorate’ style house, which must always have been a great rarity in Ireland and not very common in England either. In 1796–1800, it was ruthlessly Georgianised, thus erasing many of its original features and compromising how it had originally worked internally. There is no proof positive of this, but the architect who designed the re-modelling, under orders from Mr and Mrs John Waring Maxwell, seems to have been Charles Lilly of Dublin (1755–1820?). Lilly, as is well known, did lots of other things in Co. Down, mainly in the Downpatrick area, where Finnebrogue is located, and mainly under the patronage of the 1st and 2nd marquesses of Downshire. In the hectic building period 1788–1800 he was in effect the architect by appointment to the gentry of Co. Down. 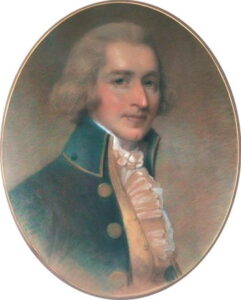 Apart from two dedicated chapters and other more fleeting discussions of matters architectural relating to Finnebrogue, the content of the book is: one chapter on the landed structure of the barony of Lecale, where Finnebrogue and the county town of Downpatrick are situated, c. 1550–1710; three chapters on Maxwell family history in the 18th century (always in the context of gentry mores and activities in Co. Down); one chapter on John Waring Maxwell senior and the work-up to the 1798 rebellion in Co. Down; three chapters  on the two sporting organisations unique to Co. Down, the Down Hunt Club and Down Royal Corporation of Horsebreeders (which were founded in 1757 and 1686 respectively, and in the second of which, Down Royal, John Waring Maxwell junior was the leading light in the 1820s, 1830s and 1840s)); three chapters on 19th century Maxwell and Perceval-Maxwell family history, again focussing on general themes like inheritance strategies and ’improvement’; one chapter on ‘Landlord and tenant: John Waring Maxwell junior and his tenants and tormentors’; two chapters on the politics of Downpatrick borough (for which he sat within the period 1820–34), c. 1700–c. 1840; and a chapter on the family’s 20th century decline, culminating in the sale of the Finnebrogue estate in 1963 and of the house and demesne in 1996.

The theme which runs through the book is the Down gentry’s sense of pride in their county’s superiority over all other counties in Ireland, be it in its buildings (e.g. the Southwell Charity of the 1730s), its institutions (the Down Hunt and Down Royal), and in the residence-record, public spirit, harmonious relations and general ’specialness’ of their own gentry class.

The book will be published by Ulster Historical Foundation. Lavishly illustrated and printed in full colour production throughout, it will be produced in hardback with dust jacket. . The designer will be Wendy Dunbar of Dunbar Design.

Donors and Subscribers will have their names printed in a special list in the book and be the first to have their copies despatched on the day of publication.

For Donors who wish to contribute more than £250 please contact enquiry@uhf.org.uk