By Ulster Historical Foundation on January 20, 2017 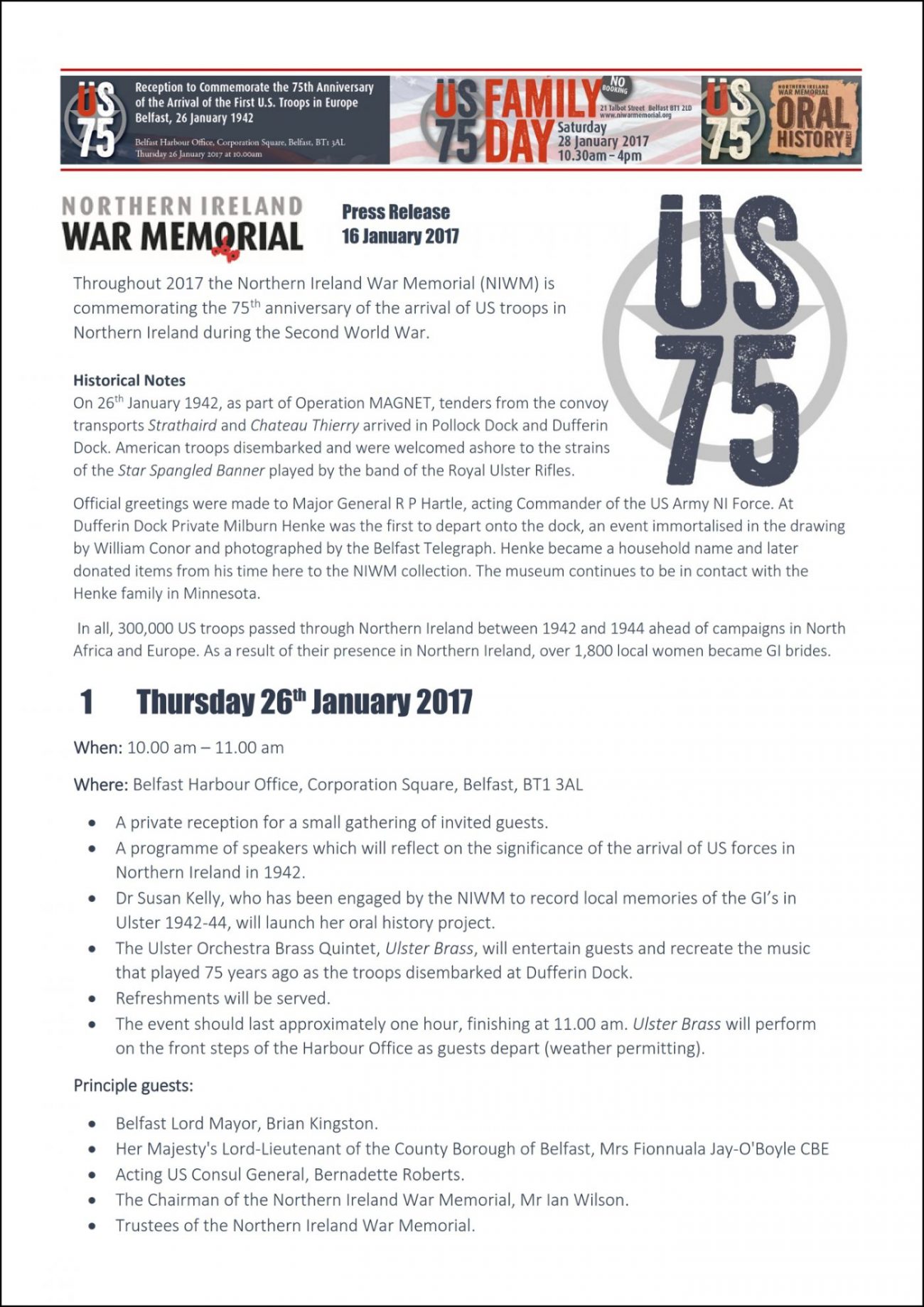 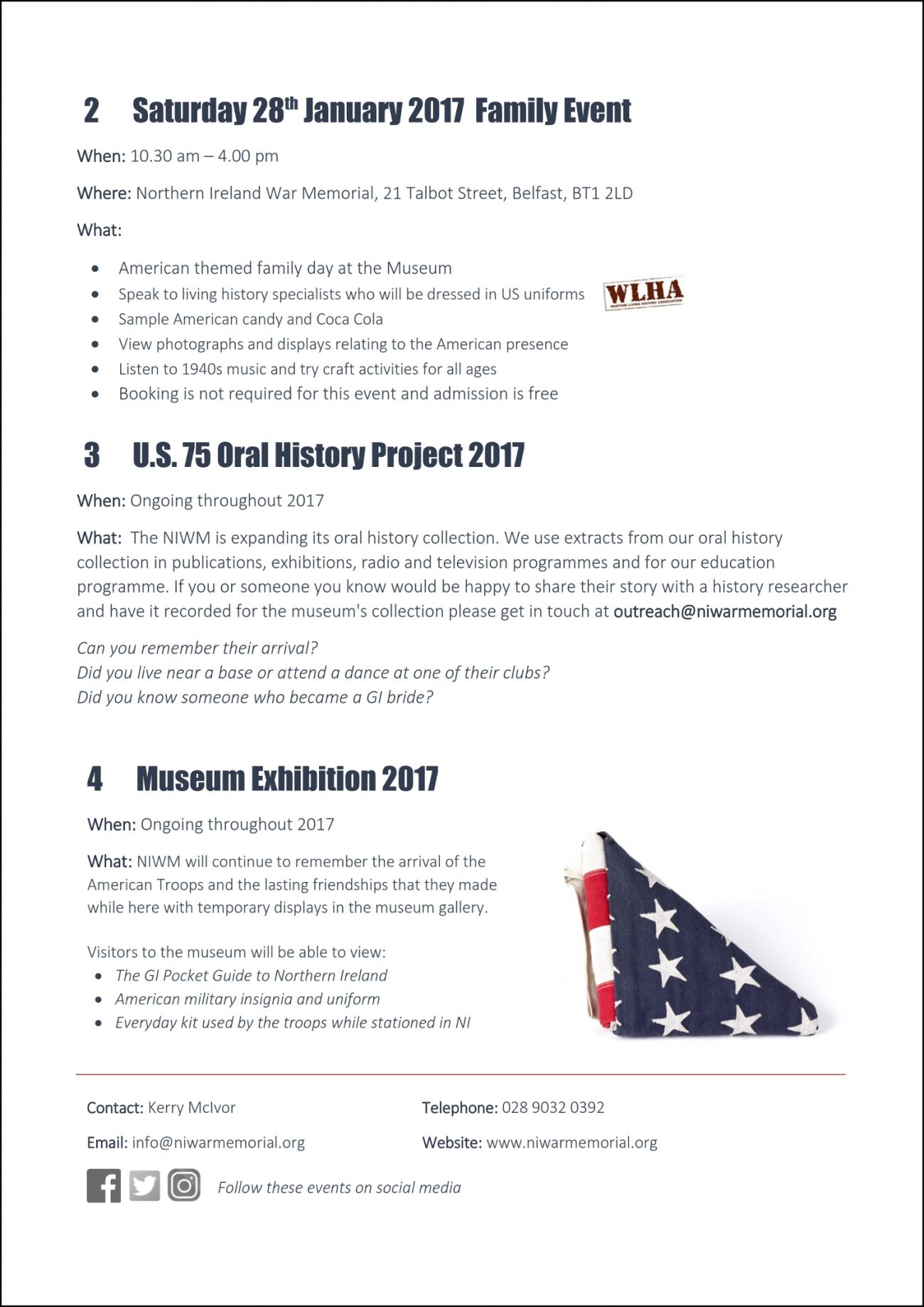 On 26th January 1942, as part of Operation MAGNET, tenders from the convoy transports Strathaird and Chateau Thierry arrived in Pollock Dock and Dufferin Dock. American troops disembarked and were welcomed ashore to the strains of the Star Spangled Banner played by the band of the Royal Ulster Rifles.

Official greetings were made to Major General R P Hartle, acting Commander of the US Army NI Force. At Dufferin Dock Private Milburn Henke was the first to depart onto the dock, an event immortalised in the drawing by William Conor and photographed by the Belfast Telegraph. Henke became a household name and later donated items from his time here to the NIWM collection. The museum continues to be in contact with the Henke family in Minnesota.

In all, 300,000 US troops passed through Northern Ireland between 1942 and 1944 ahead of campaigns in North Africa and Europe. As a result of their presence in Northern Ireland, over 1,800 local women became GI brides.

What: NIWM will continue to remember the arrival of the American Troops and the lasting friendships that they made while here with temporary displays in the museum gallery.

Visitors to the museum will be able to view: