The award winning Tower Museum is is a museum on local history in Derry-Londonderry, Northern Ireland.

It is located within a historic tower in the city’s historic walls. It is in Union Hall Place, near the Guildhall, and opened in 1992.

Permanent exhibitions at the museum include The Story of Derry, and the Armada Shipwreck – La Trinidad Valencera. Throughout the year the museum also plays host to a range of other temporary exhibitions, and also contains sections devoted to archaeology, dinosaurs, early people, Colmcille, woodlands, and the contemporary city.

It is also home to The Archive & Genealogy service, who are responsible for the preservation, interpretation and creation of access to the civic records of the Council and its predecessor, the Londonderry Corporation.

The museum also boasts the only open air viewing facility in the heart of the city centre with stunning panoramic views of the city and the river Foyle.

Image © Copyright Ian S and licensed for reuse under this Creative Commons Licence. 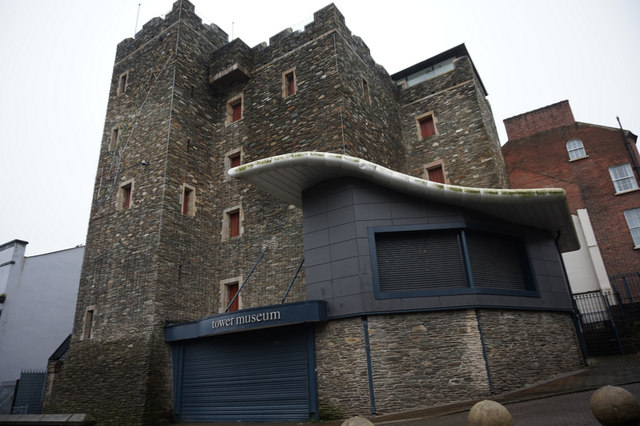