It is the "Mother Church" for the Roman Catholic Diocese of Derry, as well as the parish Church of the parish of Templemore. It was built with the contributions of the people and is part of many family histories of the area.

Fundraising began for the cathedral in 1840, and work on the cathedral itself began in 1849. It was designed by J.J. McCarthy who had already built numerous cathedrals across Ireland.

Although the cathedral was officially opened on 4 May 1873 by the then Bishop of Derry, Francis Kelly, the construction of the cathedral's bell tower and spire had to be delayed until a further date as no funds were available for the project. Construction on those finally began in 1900, and they were completed in 1903.

The stained glass windows also had to be delayed because of lack of funds. The cathedral windows were plain glass until the 1890s, when stained glass was finally installed.

The bells of the cathedral can be heard ringing out over the Derry area each day at 8:00am, 12:00pm, 6:00pm & 9:00pm, ringing out seasonal tunes and calling parishioners to masses.

Image © Copyright Kenneth Allen and licensed for reuse under this Creative Commons Licence. 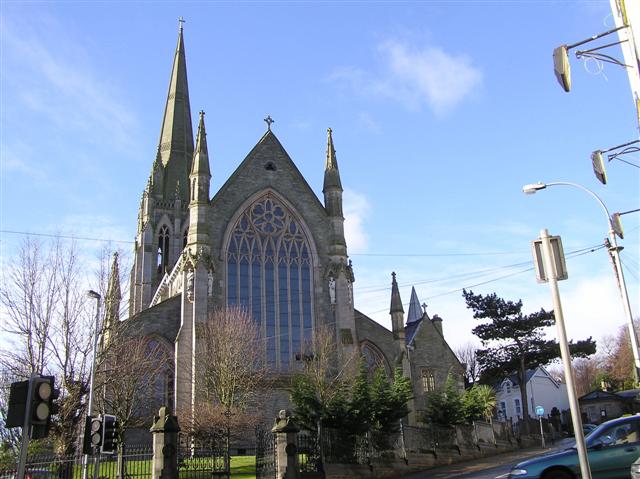