St Augustine’s Church of Ireland is located in Derry-Londonderry, and has a very ancient history.

It is built on the site of St. Columba’s/Colmcille monastery, founded in 546 AD.

In 1613, it was used by the first settlers from England, Scotland and Wales, and the cannonball containing the terms of surrender during the siege actually fell in the church graveyard.

The present building – a neo-Gothic church, built of winstone with sandstone dressings – was built in 1872.

Many important people lie within the graveyard, including Muircertach Mac Lochlainn, High King of Ireland, who was ‘honourably interred’ there in 1196. The oldest headstone there dates from circa 1609, and is of Richard Carrec, an Elizabethan soldier.

The church’s strapline reads: "We are a community whose hope is in Christ".

Image © Copyright Kenneth Allen and licensed for reuse under this Creative Commons Licence. 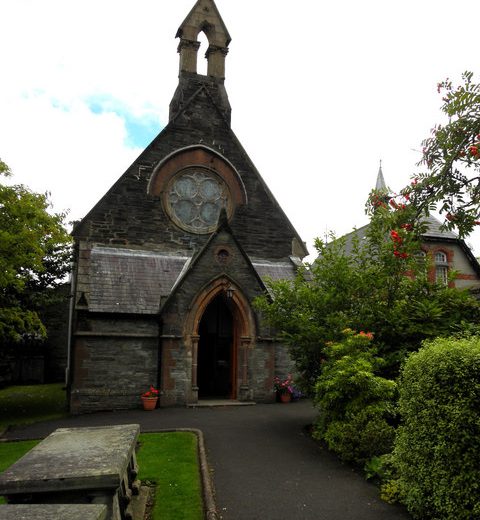