It was the first of its kind to be built in the British Isles after the Reformation and contains displays of artifacts from the Siege, as well as information on famous personalities, e.g. Cecil Francis Alexander (the internationally renowned hymn writer), the Earl Bishop and the philosopher George Berkeley. It is dedicated to the name of St Columba (Columb), the Ulster monk who established a Christian settlement here in the sixth century.

St Columb’s Cathedral was built in 1633 by William Parrot for the Honourable The Irish Society and is in the Planter Gothic Style. The current tower and main building are that of the original cathedral, with the spire being added in 1821. The chancel was added in 1887 and the chapter house in 1910. The cathedral was built of stone from local quarries and skilled stone cutters and masons had to be procured. The old pillars and arches bear testimony to sound judgement and first-rate craftsmanship.The cathedral has many fine stained glass windows, regimental flags, memorials and a large collection of historical items from the time of the siege. The foundation stone in the porch, originally from the 12th century Templemore Monastery of the Columban tradition is inscribed:

“If stones could speake, then London’s prayse should sounde who built this church and cittie from the grounde, Vaughan aed.”

The peal of eight bells is the oldest set in Ireland, presented by Charles 1 in 1638. The cathedral also boasts a very fine organ which has been restored at great expense over the past fifteen years, and is an important part of the regular worship of the cathedral congregation and local community. In 2015, during our visit to the cathedral delegates enjoyed listening to a number of pieces played by the Dean, the Very Rev'd Morton (who is a keen amateur organist), on this fine musical instrument, including the world famous 'Londonderry Air' (also known more popularly as 'Danny Boy').

Restoration of St Columb’s Cathedral commenced in February 2010 and was completed in June 2011. The cathedral is now fully reopened and tours of the Cathedral and Chapter House Museum have resumed. 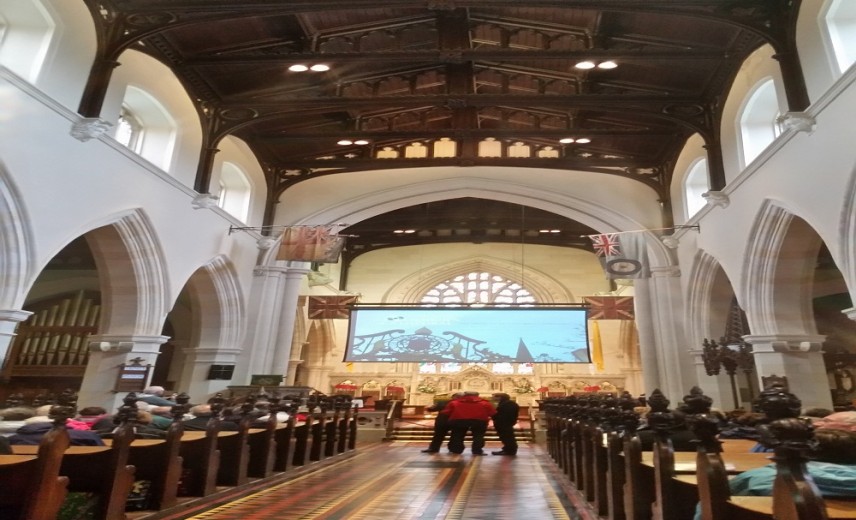