It is believed to be on the site of an earlier Presbyterian church founded in 1690 as a reward for the bravery of Presbyterians during the Siege of Derry in 1689.

The foundation stone of this earlier building is located above the centre door of the current church which opened in 1780, inscribed with the Roman numerals M.D.C.X.C (1690). In 1828 the pediment and cornices of Dungiven sandstone were added. The church has recently been re-opened following a programme of works that has totally renovated the building. Having been closed for a period of eight years, this historic church is once again being used as a place of worship. 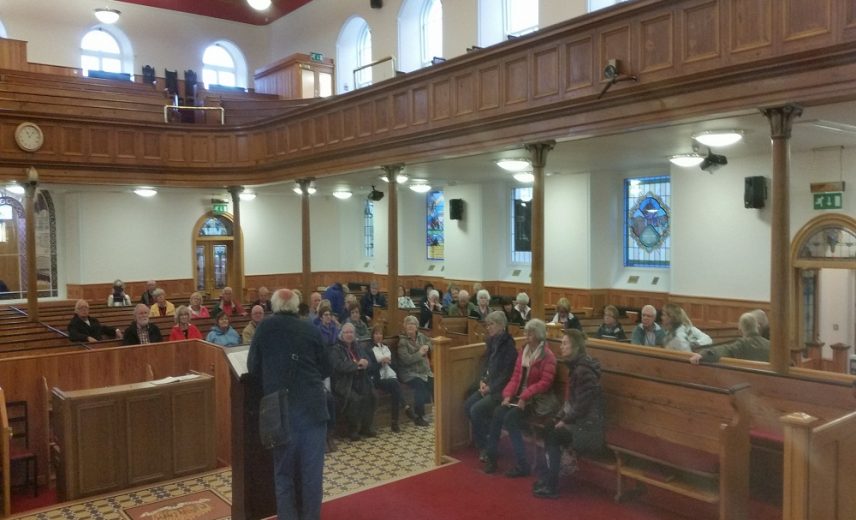