Bonamargy Friary was built near the mouth of the Carey & Shesk rivers by Rory MacQuillan c. 1500.

The rival MacDonnell clan fought for and claimed the friary from the MacQuillans in 1588.

There are many interesting features including the east window, a staircase and a sealed burial vault. The coffins of several Earls of Ulster and chieftain, Sorley Boy MacDonnell, lie within.

The cloister, gatehouse, altar and church are well preserved although the thatch roof is unfortunately no more.

Perhaps the Friary’s most famous resident was the 17th century prophet and recluse Julia McQuillan. Known as ‘The Black Nun’, McQuillan's last wish was that she should be buried near the entrance to the church so that worshippers, on entering, would tread on her grave, as a token of her humility. She is supposedly buried under a stone slab marked with an unusual holestone cross (a worn Celtic cross rounded with a hole in the centre). 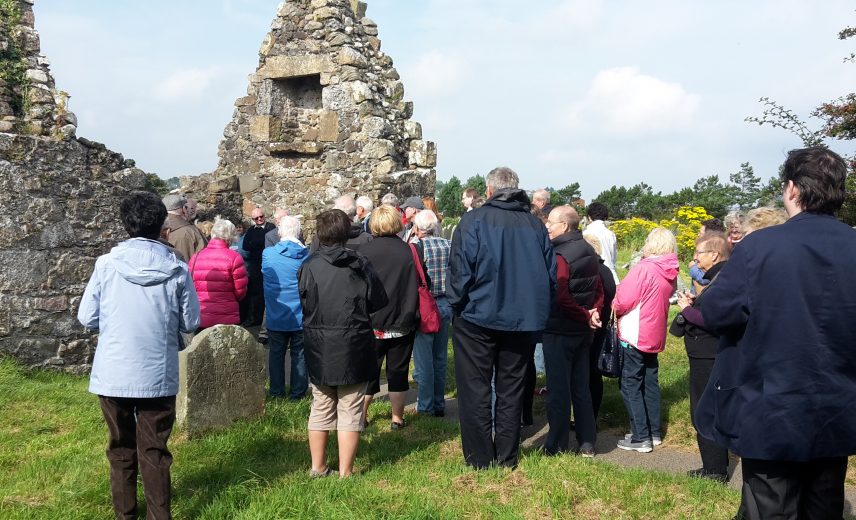