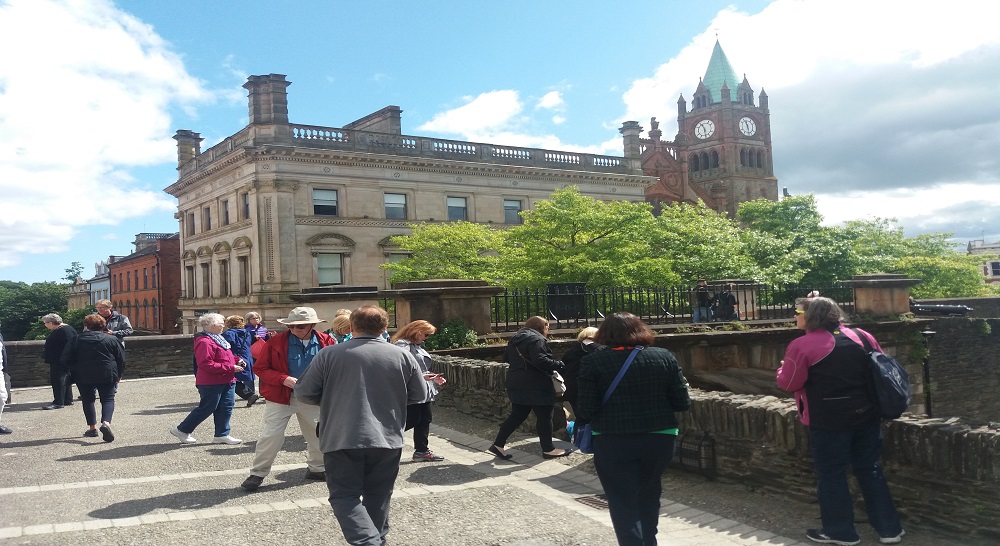 Each day of the conference presents delegates with a choice of assisted research in the archives with our team of experienced genealogists or an excursion to a place of historic interest.

To uncover the history of this place, our extensive programme of tours throughout the week will take you through rolling countryside to sites of international renown from the Giant’s Causeway and Dunluce Castle on County Antrim’s wild Atlantic coast to the famous and historic Walls of Derry.

Please note this programme may be subject to revision.

18:00 - Welcome reception with wine and music

09:00 - A day of assisted research at the Public Record Office of Northern Ireland (PRONI).

After an introductory session in PRONI delegates will have the choice to stay and research in the archives or spend the afternoon touring two of Belfast's award-winning visitor attractions. The tour will begin with a visit to Titanic Belfast with the group then visiting Crumlin Road Gaol.

18.00 - Evening meal for both groups in Belfast

08.15 - A day of assisted research at the Public Record Office of Northern Ireland (PRONI).

Proceeding through County Down we will cross the border before arriving in the Boyne Valley wherein delegates will experience 6000 years of Irish history in 6 hours.

When we arrive at Brú na Bóinne we will first tour the extraordinary passage grave of Knowth. The tomb at Knowth contains the greatest concentration of megalithic art in Western Europe and is considered one of the top ten visitor attractions in Ireland by National Geographic. After a guided tour of Knowth we will then depart for the mysteriously beautiful passage tomb at Newgrange. Newgrange is the best-known neolithic monument in Ireland which predates the ancient pyramids by 400 years and Stonehenge by 1000!

After the tour of Brú na Bóinne concludes, delegates will travel through the heart of Ireland's Ancient East. The abundance of historic monuments within this area testifies to it being Ireland's most sacred and mythical landscape. Some of the most important historic sites and monuments in Ireland dot the landscape here including Monasterboice, notable for its impressive round tower and spectacular high crosses; Melifont Abbey, the first Cistercian monastery built in Ireland; the Hill of Tara, a sacred site associated with the High Kings of Ireland and of course the UNESCO World Heritage Site at Brú na Bóinne.

All delegates will travel through the Glens of Antrim, winding between its picturesque villages and unforgettable scenic locations, stopping at Glenarm Castle and proceeding towards the town of Bushmills, home of Bushmills Whiskey where the group will have lunch.

After lunch delegates will be able to witness the iconic turreted ruins of Dunluce Castle, the inspiration for C.S. Lewis' Cair Paravel from the Chronicles of Narnia and the site of the House of Greyjoy from Game of Thrones before going on to experience the stark beauty of the Giant's Causeway, a UNESCO World Heritage Site that was voted the fourth greatest natural wonder in the United Kingdom.

Free day for delegates to spend as they choose. Some may care to visit the church of their ancestors, explore the city of Belfast or visit the many fantastic attractions the city has to offer.

A full day can be spent visiting the recently refurbished HMS Caroline, a lone survivor of the Battle of Jutland in 1916. A short bus ride will also allow you to take in such sites as the Ulster Museum and Botanical Gardens as well the Ulster Folk and Transport museum at Cultra.

A visit to St. George's Market is highly recommended. Located in a charming Victorian building (constructed 1890-1896) the market is one of Belfast's oldest attractions offering delicious food, local crafts and antiques.

In the evening, why not take in a performance amidst the Victorian splendour of Belfast's Grand Opera House or the recently refurbished Lyric Theatre with its marvellous views of the River Lagan and then finish off the day with a modest libation in Belfast's most famous pub, the Crown Liquor Saloon with its period gas lighting and cosy snugs.

Monday 11 September – Tour through the heart of County Down

08.30 - A day of assisted research at the Public Record Office of Northern Ireland (PRONI).

After leaving Killyleagh Castle, delegates will journey along Strangford Lough before visiting Mount Stewart, the historically significant stately home of the Londonderry family. Mount Stewart boasts award-winning and impeccably maintained gardens and a home that has significant ties to the Congress of Vienna and an interesting story to tell about pre-World War Two diplomacy.

The day's journey through County Down will conclude with a guided tour of one of Ireland's newest distilleries at Hinch Distillery. Located near to the historic town of Ballynahinch, a town closely associated with the 1798 Rebellion, the distillery at Hinch was awarded the International Wine and Spirit Competition (IWSC) prestigious Gold Medal for its Imperial Stout Finish Irish Whiskey in 2021. Delegates will be able to sample some of this award-winning whiskey during the tour.

18.00 - Evening meal for both groups back in Belfast

Tuesday 12 September - Tour of the walled city of Derry/Londonderry

08.30 - A day of assisted research at the Public Record Office of Northern Ireland (PRONI).

A visit the walled city of Derry/Londonderry, experiencing some of the delights that the maiden city has to offer.

One of the finest examples of a walled city in Europe, delegates will receive a guided tour along Derry's famous walls, learning more about the history of the city and the history of "the troubles" in Northern Ireland. Starting at Derry's famous Guild Hall and proceeding along the west side of the city's walls, the walking tour will pass the Tower Museum and First Derry Presbyterian Church on the way to St Columb's Cathedral. From the height of the walls you will be able to see "Free Derry Corner" and the Bogside area of the city; St Columba's Long Tower Church ; St Augustine's Church; and the Siege Museum.

The afternoon will see you take part in a coach tour across the greater Derry City area, ending at the emigration sculptures on the edge of the River Foyle.

Delegates will then be brought back to Belfast and have a free evening to enjoy the city before our final day together.

08.15 - A day of assisted research at the Public Record Office of Northern Ireland (PRONI).

Delegates will begin their day with a visit to the awe-inspiring Robinson Library in Armagh City, the oldest library in Northern Ireland.

We will then travel through County Tyrone on our way to visit the Ulster American Folk Park and Mellon Centre for Migration Studies. Described as 'the ultimate in living history' the outdoor museum at the Folk Park includes the famous Mellon homestead, buildings from America, an Ulster and American street and a full-scale dockside galley and ship.

On the same site as the Folk Park, the Mellon Centre is a research library housing an extensive collection of materials relating to the history of the peoples of Ireland worldwide. Delegates may prefer to spend most of their time touring the Folk Park or researching at the Mellon Centre or a mix of the two. The choice is yours.

The day will end with a final group meal in Belfast.

Information on some of the sights and research institutions you will be visiting. 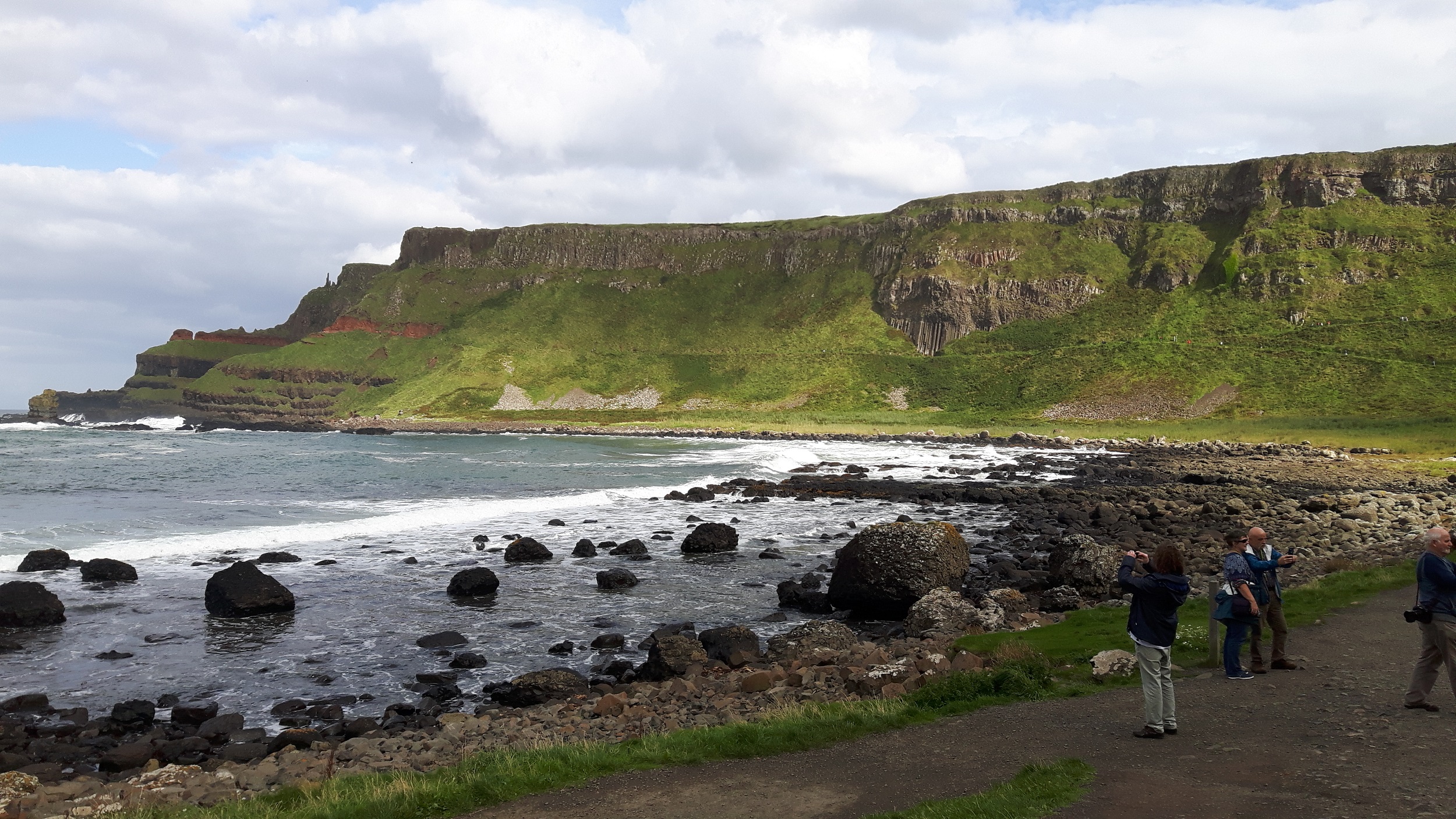