To uncover the history of this place, our extensive programme of tours throughout the week will take you through rolling countryside to sites of international renown from the Giant’s Causeway and the Glens of Antrim to the famous and historic Walls of Derry and with visits to the ecclesiastical capital of Ireland, Armagh City and the archaeological wonder which is Bru na Boinne

You will also journey through the heart of County Down, a county with strong connections with Ireland's patron saint, and visit one of the best preserved medieval structures in all of Ireland that is still inhabited by the descendants of the original occupants of Killyleagh Castle and end that day with a trip to the award-winning Hinch Distillery.

Our 2023 September programme will see delegates:

Journey into the heart of County Down

During your time with us you will be able to journey through 500 years of Irish history as you move through County Down.

Delegates will travel through the county of St. Patrick visiting the Plantation castle at Killyleagh - the oldest inhabited castle on the island of Ireland and ancestral home of the Hamilton family.

Journeying along Strangford Lough delegates will also be able to visit Mount Stewart, a home which boasts award-winning and impeccably maintained gardens and an intriguing history; a history that has significant ties to the Congress of Vienna and an interesting story to tell about pre-World War Two diplomacy.

Your trip through County Down will conclude with a guided tour of one of Ireland's newest distilleries at Hinch Distillery. Located near to the historic town of Ballynahinch, a town closely associated with the 1798 Rebellion, the distillery at Hinch was awarded the International Wine and Spirit Competition (IWSC) prestigious Gold Medal for its Imperial Stout Finish Irish Whiskey in 2021. Delegates will be able to sample some of this award-winning whiskey during the tour.

During your time with us you will be able to tour some of Belfast's most interesting visitor attractions including the historic Crumlin Road Gaol which was a fully operational prison for over 150 years. During those 150 years the Gaol housed murderers, suffragettes and loyalist and republican prisoners; witnessed births, deaths and marriages and was home to executions, escapes, hunger-strikes and riots.

Delegates will also tour what has been described as "the world's leading tourist attraction" by the World Travel Awards, Titanic Belfast. Located beside the Titanic Slipways, the Harland & Wolff Drawing Offices and Hamilton Graving Dock – the very place where Titanic was designed, built and launched, Titanic Belfast tells the story of Titanic from her conception, through her construction and launch, to her maiden voyage and subsequent place in history.

Journey into Ireland's pre-history with an extended visit through the Boyne Valley, heart of Ireland's "Ancient East"

Delegates will witness 6,000 years of Irish history in 6 hours as you visit the site of the Battle of the Boyne, one of the most significant events in Irish history before going on to walk through Ireland's pre-history with a visit to Brú na Bóinne and the passage tombs of Newgrange and Knowth. Newgrange is the best-known neolithic monument in Ireland (one that predates the ancient pyramids by 400 years and Stonehenge by 1000!) and is considered one of the top ten visitor attractions in Ireland by National Geographic.

After the tour of Brú na Bóinne concludes, delegates will travel through the heart of Ireland's Ancient East. The abundance of historic monuments within this area testifies to it being Ireland's most sacred and mythical landscape. Some of the most important historic sites and monuments in Ireland dot the landscape here including Monasterboice, notable for its impressive round tower and spectacular high crosses; Melifont Abbey, the first Cistercian monastery built in Ireland; the Hill of Tara, a sacred site associated with the High Kings of Ireland and of course the UNESCO World Heritage Site at Brú na Bóinne.

Tour the Churches, Castles and Causeways of Ireland

Along with visits to Killyleagh Castle, Mount Stewart and St Columb's Cathedral, delegates will also be able to witness the iconic turreted ruins of Dunluce Castle, the inspiration of C.S. Lewis' Cair Paravel from the Chronicles of Narnia and the site of the House of Greyjoy from Game of Thrones as they journey through the mythical Glens of Antrim.

Delegates will also experience the stark beauty of the Giant's Causeway, a UNESCO World Heritage Site that was voted the fourth greatest natural wonder in the United Kingdom, as well as being able to visit:

For centuries migration has dominated and shaped Ulster’s history. This applies to both immigration and emigration – people arriving and people departing. The seventeenth century witnessed the arrival of thousands of families from Britain. By the late 1600s families from Ulster were beginning to travel westwards to North America. Learn about this story, and others like it, when we visit the Ulster American Folk Park.

Tour of Armagh City, the ecclesiastical capital of Ireland

Delegates will visit Armagh, the ecclesiastical capital of Ireland since the fifth century. Delegates will not only tour such sites as St Patrick's Cathedral, one of the most important Christian sites in Ireland but they will also have the opportunity to visit the oldest library in Northern Ireland, the Armagh Public Library.

Before the Tracing your Irish Ancestors conference formally begins we are also offering an online Irish Genealogy Essentials course. This course will see delegates be able to view 21 pre-recorded lectures on essential topics relating to Irish genealogical research (over 28 hours of content). 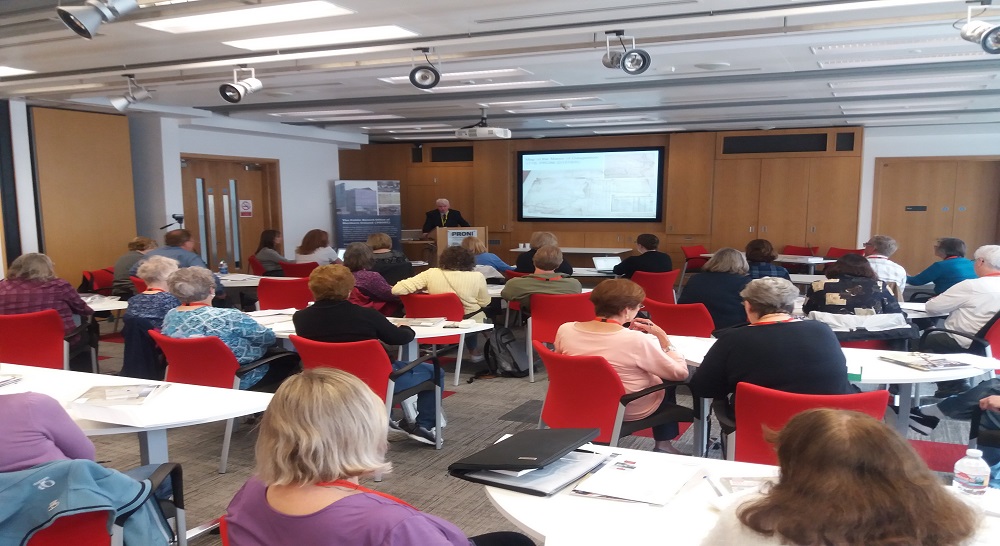 Although not essential, this course will greatly benefit those of you wishing to spend the week of the conference researching in the archives.

This course will ensure that when you arrive at the archives on the Thursday, you will ‘hit the ground running’ in the search for your ancestors and be able to head upstairs to the search room with some of our research team and get started on your research straight away. 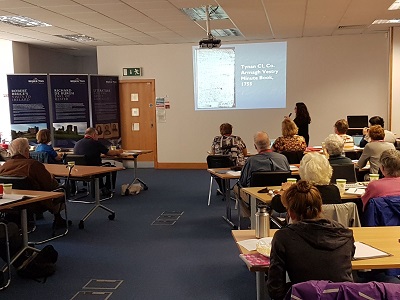