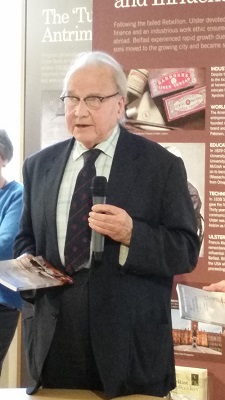 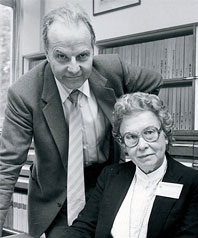 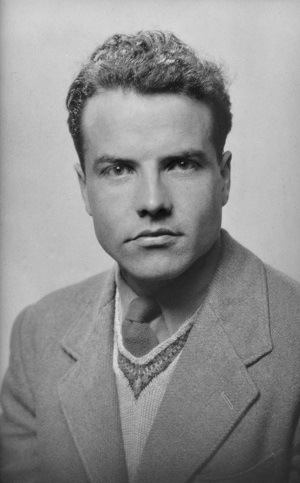 Many members and friends of the Foundation contacted us on the news of the death of our former much-loved colleague, Dr Brian Trainor (who passed away on 22 August 2018 aged 90), to express their condolences and sympathy to his family and friends.

A number of people have asked if they could make a donation in his memory.

Donations to the Foundation will be used to help fund a Brian Trainor Memorial Lecture, which will take place each year or every two years (more details will be made available later).

Any donations received will be properly accounted for and disclosed in the Foundation’s audited accounts, no fees will be deducted by the Foundation from donations (though Paypal will take a transaction charge).

There is no expectation that supporters should make a contribution, but the facility is there for anyone who wishes to do so. 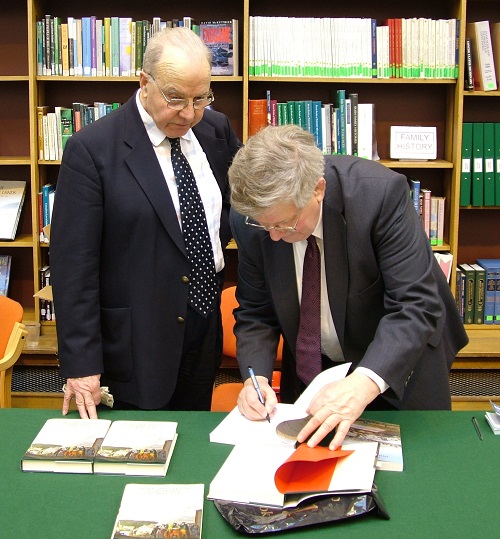 The Dr Brian Trainor Memorial Lecture will be delivered by an eminent historian of Irish history who may, or may not, be based in an academic institution on this island.

The topic of the lecture will relate to an aspect of Irish history, with a particular focus on archival sources in recognition of Dr Trainor’s huge contribution to developing, preserving and promoting archives.

Though the lecture will be delivered to an academic standard, it will be aimed at a general audience in recognition of Dr Trainor’s desire to see archives opened up to everyone.

Brian Trainor devoted much of his professional life and indeed his thirty-year retirement to making good the almost-irreparable damage done to Irish archives by the destruction of the Four Courts during the Civil War in 1922. Initially as archivist from the mid-1950s, then Director of the Public Record Office of Northern Ireland 1970-1987 and as Chairman of the Irish Manuscripts Commission and of the National Archives Advisory Committee, he was at the forefront of the campaign to improve the quality and awareness of historical sources whose availability and interpretation have played such a vital role in the improved understanding of the island's past.

Bernard Ignatius Trainor was born in 1928 in Coleraine, the son of a railway official and, although his father died when he aged three, it was that mixed railway community which imbued him with a lifelong sense of the importance of cross-community relations in Northern Ireland.  In 1939 the local church funded scholarships to St Columb's College in Derry for Brian and older brother Frank. He obtained First Class honours history degree at Queen's University Belfast (to which he travelled daily by train) in 1949. After research in London at the Institute of Historical Research he was appointed  assistant lecturer in history at Queen's in 1951. In 1956 he was appointed assistant archivist in the Public Record Office of Northern Ireland and from then until the late 1970s embarked on an extensive and energetic campaign throughout Northern Ireland of identifying and accessioning historical records from solicitors' office, businesses, linen firms threatened with extinction together with thousands of individual family records.

Dr Trainor succeeded Ken Darwin as Director of PRONI in 1970, and seized the opportunity to realise his vision as the office moved to purpose-built premises in Balmoral Avenue. Now the major holdings of documents could be stored under proper conditions and accessed by students, academics, genealogists and casual researchers alike. An accrual of additional staff to locate, acquire and process new documentary collections on an unprecedented scale facilitated the dawning of a golden age as he oversaw PRONI becoming an outstanding source of academic riches, producing pioneering studies in the field of social, economic and political history. A programme of publications was launched (Aspects of Irish Social History, which he edited with Bill Crawford, went into several reprints and remains a classic), resource packs for teachers produced, seminars and exhibitions hosted, programmes of local history lectures undertaken, teachers seconded (this in liaison with DENI History Inspectorate), links formed with universities and academic institutions throughout Ireland, and scholarship encouraged. With extraordinary application, he created an outpost which embodied his ideal of an institution where archives and documentary collections were made freely available for purposes of furthering an objective and evidence-based understanding of our shared past. The vision succeeded because it so strongly reflected Trainor's own work ethic and personal values. It was a vocation as much as a profession.

This mission was initially carried out with the minimum of intervention from officialdom in Stormont. That began to change however when collections of governmental records dating from the foundation of the Northern Ireland state began to be added to the PRONI holdings. The 30-year rule for access to these holdings, and the need to act in conformity with practice elsewhere in the UK, inevitably introduced constraints on the use to which some of these records could be put: controversy arose as academics were denied sight of what they suspected was information reflecting adversely on former Unionist administrations. Such constraints were contrary to Trainor's instincts. It was a world that he found frustrating and increasingly uncongenial.

He took early retirement in 1987 to devote himself to the work of the Ulster Historical Foundation, an independent historical and genealogical research and publication agency, formerly part of PRONI. Among his contributions to the Foundation's development were the annual lecture tours 1989-97 in the United States (44 of the 50 states visited) and Canada, involving herculean travel by Greyhound bus and hired car, delivering lectures to audiences with an increasing appetite for information on sources that would inform their interest in Irish heritage. He also championed the UHF's formative involvement in  the landmark Irish Genealogical Project, an all-Ireland initiative compiling databases from church and civil birth, death and marriage records. He retired as Research Director in 2006 but continued with the famous lecture tours until the age of 85. He was closely involved in the 1980s in the campaigns to save the Linen Hall Library and Friar's Bush graveyard, both integral features of Belfast's heritage.

His archival vision incorporated a strong all-Ireland identity, something that was recognised by Dr Garret Fitzgerald in 1987 who appointed him chair of the Management Committee of the National Archives Advisory Committee. Throughout the 1970s he served on the Irish Manuscripts Commission and served as Chairman 1976-77 and 1987-99. Among his publication initiatives was the first output from the Women's History Project (The Drennan McTier Letters, 1776-1819). He also ensured that the records arising from the very successful Irish Manuscripts business records survey were entrusted to the National Archives of Ireland.

Dr Trainor was awarded two honorary doctorates, in 1984 by the University of Ulster and in 1986 by the National University of Ireland. He is survived by his wife Pilar, originally from Madrid, his children, Rosana, Pancho and Katrina and five grandsons, Santi, Milo, Jacob, Beni and Sami.

After his funeral, in accordance with his wishes, his remains were returned to Coleraine for burial among his own. An old friend from those days sketched a picture of the young Brian studying his books as he lay among the dunes on Portrush strand; after an hour or two he would set off to swim the full length of the bay as far as the bar mouth and then back again, to return to his books, applauded by the watching holiday-makers..

Versions of this obituary were published in the Irish News, the Coleraine Chronicle and the Irish Times in September and October 2018