Browse: Home > About Us > 50 Years of the Foundation

50 Years of the Foundation

The Ulster Historical Foundation is a long-established, highly reputable research and publishing agency. It offers its

extensive knowledge to help on the sources available to discover Irish and Scots-Irish ancestors. 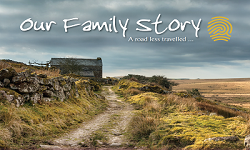 In 1975, it became the Ulster Historical Foundation, affirming its role to serve all denominations and traditions in the province. Between 1956 and 1987, the Foundation was an integral part of the Public Record Office of Northern Ireland. Since 1988, it has been a separate organisation, and in 1991 moved to premises in College Square East in the centre of Belfast. In November 2006, it moved to new premises in Cotton Court, Waring Street, Belfast and finally moving again to 49 Malone Road in November 2009.